*puts on La La Land soundtrack for the gazillionth time*

So, here’s the deal. I love La La Land. A lot. And I want to write a post on why I love it so much, but I also feel as if everything has already been said about it. So I think I’m just going to go on a rant and see what I end up with .

The first time I saw La La Land was with my friend Esmé during one of the previews at our local cinema. I’d been excited for the film for months after seeing the trailer – Emma Stone and Ryan Gosling together again in a beautiful-looking film about music and working for your dreams and falling in love… What’s not to like?

I came out of the cinema feeling euphoric and larger than life. I honestly can’t remember the last time I felt like that after seeing a film. There was something so utterly magical about it, and that feeling only increased after seeing it a second time. And a third. I think it was after the second viewing that I said to my friends: “I’m pretty sure this is my new all time favourite film.” In the meantime I’ve gone from “pretty sure” to “absolutely sure”. In fact, I haven’t been this obsessed with something for a long time.

I lost count of the amount of times I’ve listened to the soundtrack about two months ago, but I think it’s fair to say that it comes down to at least once a day on average.

The opening number, Another Day of Sun, needed to grow on me a little bit. When I saw the film for the first time and it started with that huge scene on the freeway, I was a little taken aback by the … ‘musicalness’ of it – but after seeing the whole film (three times) I came to really love it. I recently watched an interview, or perhaps more of a discussion, in which Damien Chazelle (writer and director of La La Land) said that he started the film with a big ensemble number as “kind of like a warning sign [so that] if people are not gonna be comfortable with it they’ll leave right away and the rest of us can have a good time, hopefully.” That made so much sense to me, and it only made me love the beginning even more – the amount of thought that has gone into that and the self awareness of it all.

My favourite songs from the film are A Lovely Night, City of Stars and Audition (The Fools Who Dream). I’ve tried to pick a favourite, but I just can’t choose. When I hear A Lovely Night I see that absolutely amazing dance sequence in my head. The banter, the chemistry, the beauty that is that scene – it makes my heart so happy. And it’s just a great song.

Same goes for City of Stars – great song. It tugs on the heart strings, man. I can definitely see why it won an Oscar. Although, personally, I would’ve gone for Audition, which was also nominated. Speaking of tugging on the heart strings… There’s so much emotion in those lyrics, and Emma Stone performs it beautifully. I could listen to that song all day. It inspires me and it moves me.

As for the criticism that Ryan Gosling and Emma Stone’s voices weren’t good enough for this film; I disagree, and here’s why. If those songs would’ve been belted out by actual musical stars, I think the film would’ve been worse for it. Gosling and Stone’s imperfect voices add a frailty to the performance. It fits perfectly with the precariousness of their relationship and the insecurity that both of their dreams present. It adds yet another layer.

Oh, and let’s just quickly mention Mia & Sebastian’s Theme. Gah. So beautiful. And the way all of the music comes back throughout the entire film, and in the Epilogue. I could gush about it all day.

The Story & the Ending

One of the main criticisms that I’ve heard is that the story is one that has been told a thousand times and that it’s not original at all. To which I say: you’re wrong. Okay, that might be a little childish, but I just don’t get how some people can’t see a little beyond the fact that it’s a love story that takes place in Hollywood. Yes, true, that we’ve seen a thousand times. But La La Land is obviously so much more than that.

The fact that it features feelings and situations we’ve seen before or that we ourselves have felt before shouldn’t detract or distract from both the ingenuity and the heart of the film. It seems to me that originality is rather fetishized and that bothers me a little (or perhaps a lot). Especially if it makes people dismiss something on the pure grounds of “I’ve seen something that is similar to this before”. Well, duh. That’s how art works.

To me, the story was incredibly inspiring and motivating and, as I said before, magical. It might technically be about Hollywood, but the struggles with wanting success, trying to maintain their integrity and just plain old love that Mia and Sebastian go through are universal. I don’t really know how to describe it, but their story or stories really spoke to me.

A very considerable part of my love for La La Land has to do with the ending. So, if you haven’t seen it yet, but do still want to – stop reading right now, because I’m about to discuss some spoilers with you.

The film ends with a “5 Years Later” segment in which we find out that Mia and Seb did not end up together. In fact, Mia has a husband (or boyfriend – I don’t know) and a young child, which basically tells you that the door has officially closed on Mia and Seb being together. Seeing the child made me go “oh, so it’s really over”. We find out that Mia has achieved her dreams of becoming a huge film star and Seb has achieved his of opening his own jazz club.

And then there’s a beautiful epilogue that basically outlines what could’ve been if Mia and Seb had made different choices in life. It’s almost 8 minutes long, and a work of pure beauty, in my humble opinion. We get a flash of the “and they lived happily ever after” and then get back to reality. They didn’t get their happily ever after – at least, not with each other. But they are happy because they followed their dreams. I just loved that. Love doesn’t conquer all, and it doesn’t bloody have to. I read an article by someone who almost seemed offended by the fact that Mia and Seb chose their dreams instead of each other. Frankly, I don’t think I would be calling this my favourite film of all time if they had ended up together. 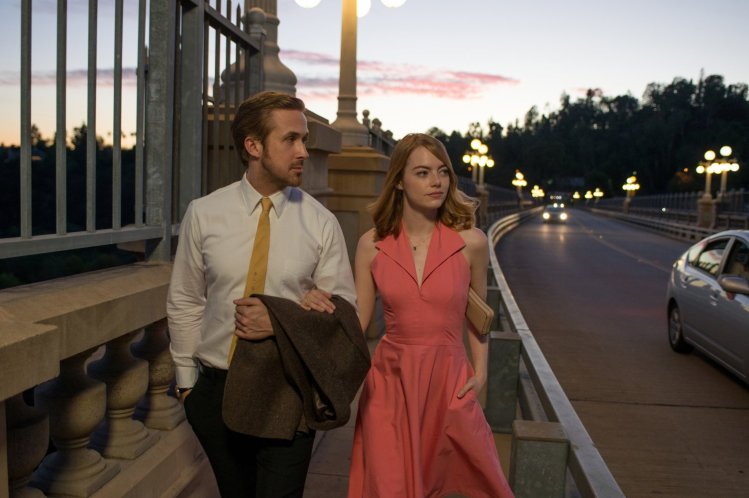 I’m not even close to having said everything I want to say on this absolute masterpiece of a film, but I’ve already rambled on for 1200 words, so I think I should stop soon. If you’ve read this far: go you! I’m impressed.

Some last thoughts: 1) Emma Stone is an absolute vision in this and I’m so glad she won the Oscar for Best Actress. 2) The cinematography is amazing – again; very glad they won the Oscar. 3) Same goes for Damien Chazelle and the directing – he’s a genius. 4) To anyone who says La La Land is sexist or not feminist: come at me and I’ll tell you exactly why you’re wrong. 5) I’m glad Moonlight won the Oscar for Best Picture, even though I haven’t seen it yet (tomorrow!) – the world needed that.

Also, last thing I want to say: I’m not saying that not liking La La Land is wrong (although I do have to wonder about your tastes), but I do think some people dismiss it too eagerly. It seems like it’s now become cool to hate on it, which is stupid. Even if it’s not your cup of tea (which, sure, I get that), it’s objectively a very well-made film.

And now I’m going to stop talking! But I’d love to hear your thoughts – what did you think of La La Land? Let me know in the comments!

If by now you’re still not done hearing about all the great things about La La Land, I recommend watching this video: Why LA LA LAND Feels Like A Classic. Film maker Hazel Hayes expertly explains why La La Land already feels like a classic using semiotic theory and going into all the intertextuality in an in depth manner. If you want  to know more about all the references to other films within La La Land, check it out – great video!