The first month of the year is already over! Well, I say “already”, but January definitely felt like it was longer than 31 days, didn’t it? Have we uncovered a conspiracy here?

One of the reasons why I think January was longer than most months is that I managed to read six books this month! That’s pretty crazy for me – even though two of the books were graphic novels/comic books. It was a wonderful month, reading-wise, and I figured a good way to update you on all the books I read is by doing another round of mini reviews. 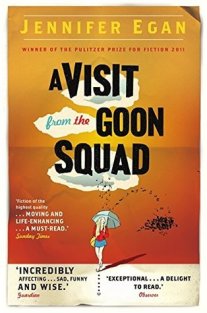 A Visit from the Goon Squad by Jennifer Egan ★★★★☆

This was my first novel of the year and it feels like ages ago already. I’d heard a lot of good things about this one over the years without actually knowing what it was about. I get that now because it’s pretty hard to give a good summary. It’s about seemingly random people whose lives intersect, sometimes in the smallest of ways. Every chapter is told from a different perspective and I had a lot of fun piecing all of the timelines together. Egan’s writing style really kept me turning the pages; it’s the best writing I’ve read in a while. While I loved most of the books, the last two chapters felt a bit too gimmick-y to me, which was a bit of a letdown. Nevertheless, this was definitely a good start to my reading year.

The premise of Fables always sounded really cool to me: characters from fables and fairy tales living in exile in modern-day New York. If that’s not my cup of tea, I don’t know what is! My boyfriend and I bought Volume 1 over a year ago, and I’ve waited until a few weeks ago before picking it up. I think it’s because of the artwork on the cover: it seems a little old-fashioned and dull. But it definitely isn’t! I was pleasantly surprised by this graphic novel. The story is fun and you slowly get to know more about the exile and the reason behind it as well, which kept me fascinated throughout. Plus, it all wraps up nicely at the end – I was expecting a cliffhanger and a continuing story like with Saga. I like this better, though: you’ve got a satisfyingly wrapped up story, while you also remain curious about the overarching storyline of the exile. Great read!

Unfortunately, this one didn’t really do it for me. It sounded so cool: “a magical tapestry of folk tales, woven together to build a world that is as strange yet familiar as a half-remembered dream.” But it felt like the book was trying to do too many things at once. There was supposed to be one overarching storyline throughout the separate stories, but that storyline never really got off the ground and didn’t have any conclusion either – it felt a little half-hearted. There were a couple of “main characters” that had recurring roles in some of the stories, but none of them had any real personalities. They were all mostly flat characters, which made it hard to connect. Some of the separate tales did grab me and hold my interest; they really are quite extraordinary and original. However, some elements of the writing style were annoying to me, which meant I could never get truly engrossed in any of the tales. All in all, this book felt a little messy to me. It had a lot of potential, but in the end, I was mostly disappointed. 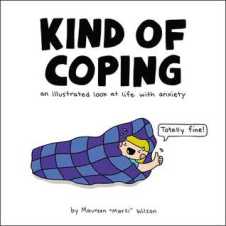 Kind of Coping: An Illustrated Look at Life with Anxiety by Maureen “Marzi” Wilson ★★★★★

This is just such a wonderful, healing book. I came across some of the illustrations from it in an article and they immediately resonated with me. Then I saw that they were from a book, so I didn’t hesitate and ordered it right away. Good decision! As some of you may know, I live with anxiety as well and reading about someone else experiencing the same things I do in this frank and open way (with lovely drawings) was really great. It made me feel a lot less alone! I’ve also asked my boyfriend to read it, so he can understand what I’m going through when I’m feeling anxious a little better. When you’re living it, it can be hard to explain or put into words (or drawings), but Marzi really managed to do so. If you’re interested and want to take a look at some of the illustrations, HuffPost did an article on it right here. 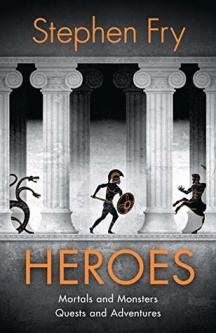 I loved Mythos, Fry’s first book on Greek mythology, focusing on the Greek gods. Heroes is all about the Greek heroes like Heracles, Jason and Theseus, among others. When I picked this up, I thought the Trojan war would also be included, but it seems like there’s going to be a third book focusing on that – which I will be reading too, of course. I listened to the audiobook version of Heroes, which is narrated by Mr Fry himself. That’s always a wonderful experience in itself. Stephen Fry’s narration of the Harry Potter books is actually how I got into audiobooks in the first place. As for Heroes, I liked learning about the heroes I’d never heard of and finding out more about the ones I did know about. In the end, though, I did like this one a lot less than Mythos. I think that’s partly due to the topic (the gods are just more interesting to me than the heroes) and partly because there was no consistent narrative – at times it felt more like an enumeration of the heroes and their deeds than anything else. 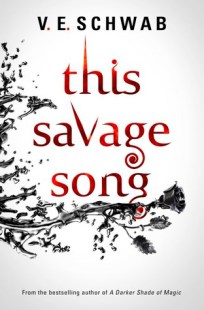 My favourite book of the month! This is actually my very first Schwab novel ever and I’m so glad she’s written so many more books. In fact, I ordered Our Dark Duet (the sequel to this one) before even finishing This Savage Song. I got sucked into this world and I’m not ready to leave yet. The story’s about August and Kate; one a monster, the other human, both belonging to rival families in a city that’s torn apart by violence. It’s gritty and dark but also hopeful and heartwarming and I loved it so much. I can’t wait to read the sequel and, after that, some (or all?) of Schwab’s other books. I’m pretty sure I’ve found myself a new favourite author, but let’s not get ahead of ourselves!

What did you read in January? What was your favourite or least favourite read of the month? Let’s chat in the comments!