March was a great reading month for yours truly! That can probably be partly contributed to the fact that I was home for most of the month (it feels like so much longer than that!), as I hope most of you are (if at all possible, of course!). But it also has to do with the Sims-a-thon TBR I set for myself. I never used to be a TBR person, but I’ve been converted: when I set a TBR, I end up feeling more motivated to read a lot of books.

Anyway, back to March. If you want to know more about the Sims-a-thon (a readathon based on The Sims), I suggest checking out my TBR post. I’m happy to say that I managed to read all of the books I wanted to, which means (in Sims terms) that I chose a household, bought a house, got a job, made a friend, took a vacation to Granite Falls and got a promotion. That’s six books! I also finished listening to an audiobook I started before the readathon, so in total, I read seven books in the month of March.

Grab some tea and make yourself comfortable, because I’ve got a lot to tell you! 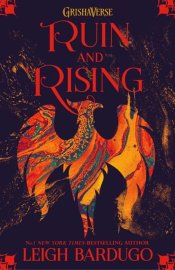 Ruin and Rising by Leigh Bardugo ★★★★☆

This is the final book in the Grisha trilogy. I read the other two books last year, and while I loved Shadow and Bone (book #1), I was a bit disappointed by Siege and Storm (book #2). Because of that, I was a little apprehensive going into Ruin and Rising, but luckily, I loved it. I can’t say too much about the plot since it’s the final book in a trilogy, but I was very invested, although I did think that the ending wrapped everything up a little too neatly. In the end, the magic system and the world of the Grisha are what made me love this story so much. The characters are fine, the story is pretty good, but the magic is what makes it worth your while.

I think this was the third or maybe even the fourth time I read Aristotle and Dante, but it was the first time I listened to the audiobook (narrated by Lin-Manuel Miranda!). In fact, when I found out my audiobook service had finally added one of my favourite books ever, I danced around my living room out of excitement. This book is like a warm bath, but one that burns you just a little bit. It’s soft and slow but it packs a punch. Benjamin Alire Sáenz is one of my favourite authors – I’ve loved everything I’ve read by him so far, mostly because his characters perfectly capture what it means to be human. Aristotle and Dante is about friendship, love and family and the pain and beauty those things can bring a person. I highly recommend it! 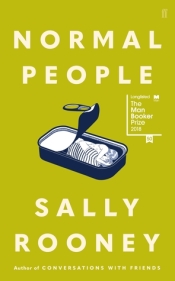 It feels like I read this ages ago, but it’s not even been a month… Strange times! Normal People had been on my TBR for a long time now, but I was always a little scared that I wouldn’t think the hype surrounding it was worth it. This book is so incredibly popular, and I’m always a bit wary of that. Luckily, I loved this. I didn’t always mesh with the writing style all that well – it was a bit too staccato for me at some points and I was annoyed at the lack of quotation marks – but overall I think it worked well with the story. This exploration of love, sex and trauma, as well as just being alive had me captivated from beginning to end.

This is a classic Dutch children’s novel from the sixties of the previous century, and luckily, it’s been translated into English, so you can read it, too! I read this as a child, but I wanted to reread it because it has been turned into a Netflix show (in English). As it turns out, rereading this wasn’t necessary because the show is nothing like to book – neither in plot nor in tone. I’m a bit bitter about that, but I am happy that I read the book again. This is a wonderful children’s fantasy novel about a boy who is about to become a knight when he is asked for help. He forfeits his knighthood in order to assist this person in need and then he embarks on an epic journey to bring a very important letter to the king of the kingdom on the other side of the mountains. Along the way, he makes friends as well as enemies, and he learns a lot before reaching the King of Unauwen. This is definitely one of the best children’s books I’ve ever read – in any language!

The Hand on the Wall by Maureen Johnson ★★★★☆

Another four-star read! This is the third and final book in the Truly Devious series, a YA mystery/thriller trilogy set at a remote boarding school. I’ve had an interesting relationship with this series: the first book was a bit disappointing to me: I was annoyed that nothing got resolved and I didn’t feel entirely invested. Nevertheless, I did decide to read the second book when it came out and that one ended up captivating me fully. Now, by the end, I’m completely invested in all of the characters and Stevie is one of the best main characters I’ve read about in a long time. She wants to be a detective and she’s very good at what she does, but she also has her own struggles, like anxiety issues. I’m not sure I’m completely satisfied with how the mystery was concluded, but I loved the journey it took to get there, and I had such a good time reading these books. 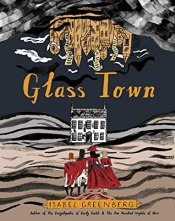 This is a graphic novel that centres around the Brontë siblings: Branwell, Emily, Anne, but mostly Charlotte. Together, they created a fictional world and they wrote stories about things that happened there. Glass Town explores this fictional world and how it intertwined with the Brontës’ real lives. It’s partly fictional, but it’s definitely based on true events. I’m fascinated by the Brontë sisters (although I don’t care much for Branwell), so when I found out about this graphic novel, I wanted to read it right away. It took me some time to really get into it, but I definitely enjoyed this and I think it’s a great tribute to the talents and powers of imagination of the Brontë sisters. I’d definitely recommend this to anyone who likes their works!

A Closed and Common Orbit by Becky Chambers ★★★★★

This was my favourite book of the month! A Closed and Common Orbit is the second book in the Wayfarers trilogy, which is a sci-fi series set partly in space, and partly on different planets. The world of these books is so expansive and so well-thought-out. It has different races that all have different cultures and different standards. Humans are not the superior race here – in fact, they’re often looked down upon by the other races, which I think is an interesting spin. I have no interest in imperialist nonsense. I want soft, slow sci-fi that explores relationships, the human (or sapient, I should say) condition and what it means to have a consciousness. I haven’t read the last book yet, but the Wayfarers trilogy has already become one of my new favourite series. I had such a good time reading this – it made me feel soothed and comforted, while at the same time intellectually challenged. Is there anything better than that? I’m not sure!

And those were all the books I read in March! Let me know if you’ve read any of these books or tell me about your favourite book you read in March! I’d love to chat about it in the comments!