On the fifth of December the Dutch people celebrate their own gift giving holiday called Sinterklaas-avond (Saint Nicholas’ Eve). It’s quite similar to American Christmas: it involves a man with a beard and red clothes who gives gifts. In fact, the American Santa Claus is based on the Dutch Sinterklaas.

Sinterklaas lives in Spain and arrives in the Netherlands each year in mid-November to great delight of all young Dutch children. They then have to wait until the fifth of December, when a bag full of presents gets “delivered” by “Sinterklaas” to their house and they enjoy a nice evening of unpacking gifts, and reading the poems that come with those gifts.

Of course, such an evening isn’t complete without some traditional Sinterklaas related sweets.

There are a few of these, but I’m only going to talk about the most common Sinterklaas delicacy: kruidnoten. The literal translation of this is “spiced nuts”, but there’s nothing nutty about these delicious sweets, since they’re actually just tiny little cookies. However, for the sake of easy reference I’m just going to call them spiced nuts anyway.

Anyway, when I was little my mother and I often made these kruidnoten during the holiday season. We never really baked much together during the rest of the year, so these afternoons always felt special to me. This year I thought it would be nice to do it again, since it had been a very long time. In fact, when we got out the spices for kruidnoten we found out they had passed their expiration date eleven years ago…

So, yes, it was indeed high time for us to give baking our favourite Sinterklaas baked goodie another go — with a freshly bought jar of spices, of course…

They turned out great (although slightly too big, but who cares) so I decided to share this delicious recipe with you. The different spices (lots of cinnamon!) give these tiny cookies lots of flavour, and I think they’re very much suitable as Christmas sweets as well, and they’re very easy to make, too! 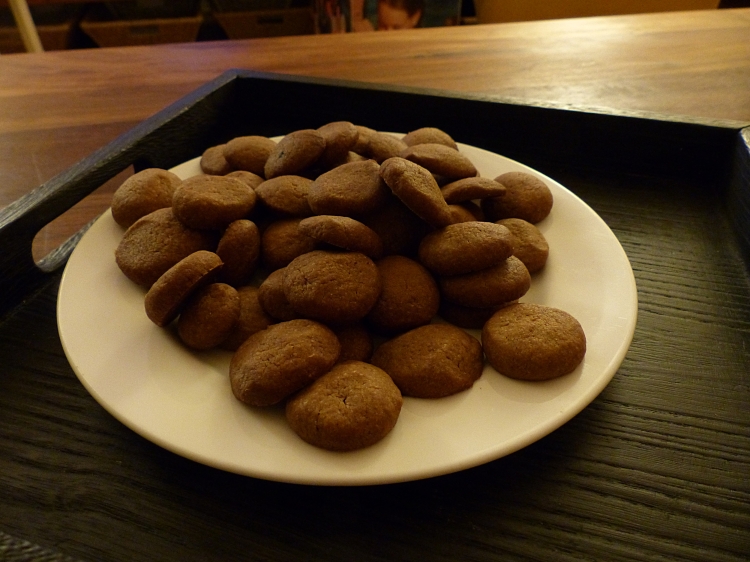 You’ll need… (for one batch)

– half a teaspoon of baking powder

1. Mix the wet ingredients together This recipe only has a few simple steps! First, you need to put the butter, milk and caster sugar together in a bowl and mix it with an electric whisk until it’s nice and smooth.

2. Add the dry ingredients Now you need to add the flour, baking powder and all of the spices, and mix it together again. Once it’s nicely mixed, knead it a little bit with your hands to make it into a nice dough. 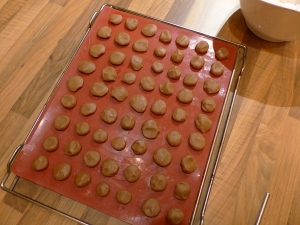 3. Make little balls of dough and put them on the tray And that’s all you need to do to make your dough! Next up, line your baking tray with parchment paper. Then all that’s left to do is make little balls of the dough and put them on the baking tray; the balls need to be about the size of a marble, but it’s okay to make them a bit bigger. Ours were bigger as well, as you can see on the photo on the right. They turned out lovely — but a bit too large for a traditional “spiced nut”.

4. Bake! Once you’ve put all the balls on the tray, press them down a little bit, so that they’re not entirely round. Now, put them in your preheated oven and bake them for 15-20 minutes. They’re not completely hard when you take them out of the oven — they stiffen a bit while cooling down.

And there you have it: your own batch of kruidnoten! I hope you give it a go because these bad boys are really delicious! 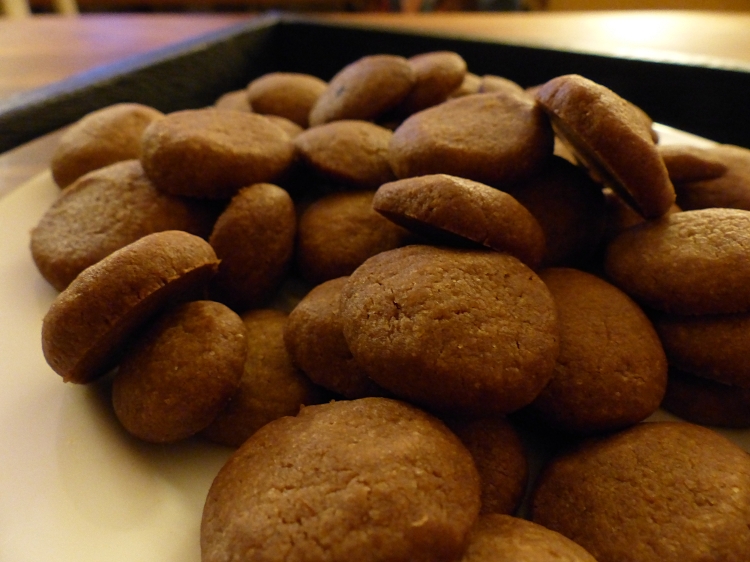