Yesterday I thought it would be a good idea to try and make meringues for the first time ever. I was staying with my parents, and they had friends coming over, so some meringues would make a nice treat to go with a cup of coffee, I figured. I looked up a nice recipe on the internet, and went to buy the ingredients, full of enthusiasm.

However, back home again I was feeling lazy — I had homework to do, and there was ice skating on the telly (the Netherlands are kicking butt at the Olympics, and I’m loving it), so I decided to wait until the next day to make them.

I hadn’t read the recipe carefully, though, and when I’d already grated my lemon this morning I found out the meringues needed to bake for an hour and a half and cool over night. Ain’t nobody got time fo’ that, right? I thought about giving up (I didn’t feel like going through all the fuss anyway, I had other things to do as well) but decided it would be a waste of the lemon zest, so I looked up a second recipe to see how they dealt with the baking and the cooling. I found a recipe that said to bake the merginues for 2 hours and then let them just cool for a little while, and I got back to the meringue-making.

I eventually never got to the baking part, though, because I got bored and annoyed way before that. After wasting two eggs because they wouldn’t split right, and mixing it together with the sugar and the lemon zest it was time to get the electric mixer out and whisk as if my life depended on it.

And I got bored. It took to long for my liking and I think I did something wrong because there was no change to be seen in my sticky sugar-egg-lemony mixture.

So, this is a historic moment for Books Baking and Blogging: my first (documented) failure! It had to happen some time, right?

I’ll try again in a little while, when I’m not grumpy and swamped with homework. I hope your baking endeavors were a bit more succesful this weekend! 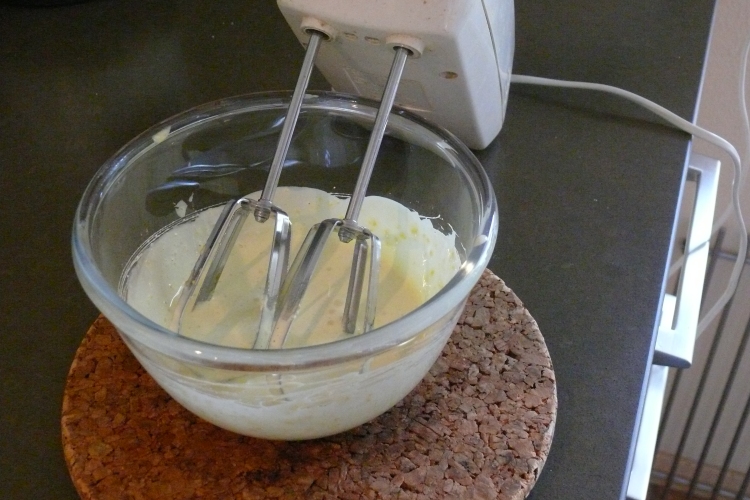 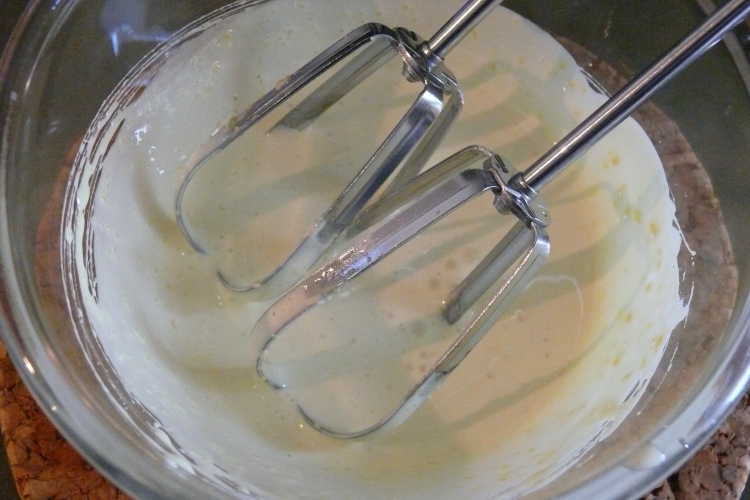 5 thoughts on “The One Where I Try to Make Meringues”