Yesterday, my parents and I went to see the Eagles in concert, something I’d been excited about for weeks. And man, did it exceed my expectations! I don’t even really know how to put it in words properly, because they were just so good! Especially compared to the previous concert they gave in the Netherlands, which was in 2009, I believe. I was about 15 then, and I thoroughly enjoyed seeing them live, but that concert was pretty much at the end of their tour and you could tell they were exhausted — partly because they had considerably shortened their setlist. 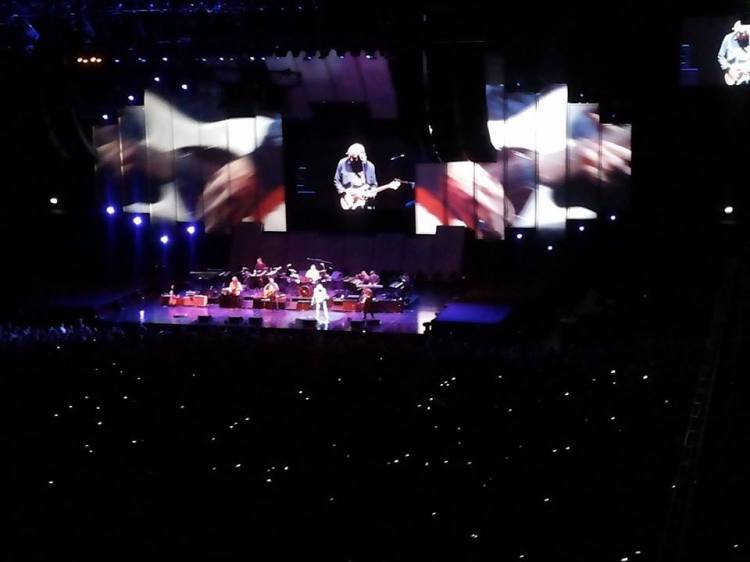 This time, however, they played 27 songs and performed for 30 minutes longer than they said they would (which was awesome) and you could see they were enjoying themselves immensely. Especially Joe Walsh is still as crazy and energetic as ever!

The concert was set up really nicely, as they started at the very beginning, with just Glenn Frey and Don Henley playing an acoustic version of Saturday Night, and progressed through the history of the band (hence the name of the tour), introducing the rest of the band members as they went along. A really nice surprise was the appearance of former Eagle Bernie Leadon, who played with the other Eagles for a while.

My night already couldn’t be wrecked any longer when they started to play Doolin-Dalton/Desperado (reprise). It is my favourite bit of music ever and I had never expected them to play it live. Honestly, I was almost in tears during that song and couldn’t stop grinning.

This was a wonderful concert and I’m unbelievably glad I got to attend what might very well be the last Eagles tour!

For those of you interested, here’s the complete setlist.

5 thoughts on “The History of the Eagles Tour 2014 Amsterdam”