Now that I’m back, I can do these again too! This week is officialy Beach Reads Week for Top Ten Tuesday, meaning books you want to read on the beach, or those you’ll put in your beach bag and all that. Seeing as I probably won’t go to any beach this summer, though, I decided to just turn it into my top ten books I want to read this summer, which I was planning on making anyway.

So, here goes, in no particular order! 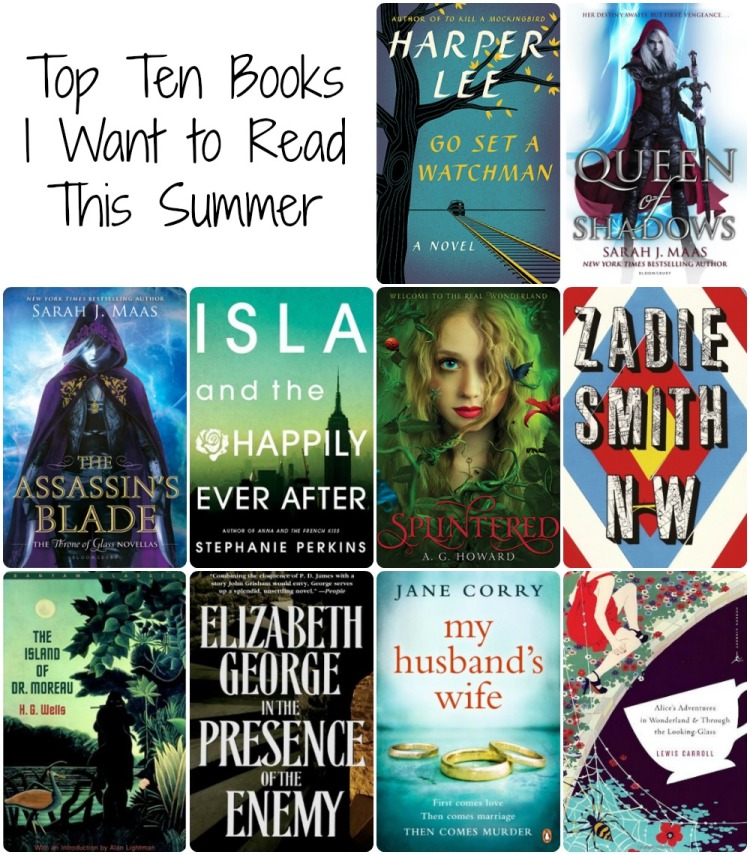 Honourable mention: When I was writing up this list after having already made the collage, I realised The Raven Boys by Maggie Stiefvater isn’t on it! It should’ve definitely made the list, though, because I’m really looking forward to reading it after having heard so many good things about the series.

And that’s it for my list! Are you going to read any of these books this summer? Have you already read any of them? What did you think? Let me know in the comments!

25 thoughts on “Ten Books I Want to Read this Summer”