It’s almost getting boring saying this each month, but I had yet another great reading month in June! I participated in the Make Your MythTaker readathon, so if you want to know more about that, I recommend watching my TBR video (click here). I ended up reading five books for the readathon and then two additional ones besides those – and all but one of them were four- or five-star reads! Let’s get into the nitty gritty… 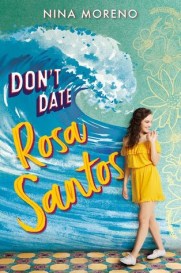 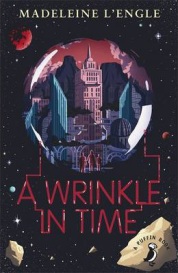 This was such a wonderful book! I didn’t expect to love this as much as I did, but it’s been over a month now and I’m still thinking about it almost daily. Maybe I should bump my rating up to five stars… Don’t Date Rosa Santos is a contemporary YA novel and it has everything I love in a book: a small-town seaside setting featuring a tight-knit community, a family of strong female characters, a hint of magic, lots of food, and a cute romance. It’s also a story about immigrants: Rosa feels stuck between Florida, where she was born and raised, and Cuba, the home her grandmother still dreams of. Rosa is a wonderful main character and I got very invested in her story as she tries to navigate the past and the present and find out what’s best for her future. I kind of already want to reread it!

This might just be the best graphic novel I have ever read, and I’ve read some pretty great ones already. On a Sunbeam is a sci-fi novel that takes place in space and follows main character Mia as she becomes part of a crew that rebuilds broken-down and abandoned structures, moving from job to job in their spaceship. Through flashbacks, we also get to know about Mia’s time at a boarding school (also in space), where she fell in love with a mysterious girl. I had to find my footing within this story a little bit as it started quite abruptly, but when I did, I loved it. I love the theme of found family that plays a big role as Mia becomes close to the rest of the crew. The story itself is beautiful as well, and Walden slowly builds to a crescendo in a wonderful way. And then there’s the art… That alone would almost be enough for me to give this five stars!

A children’s classic! I knew very little about A Wrinkle in Time before going in – I’m pretty sure I picked it up in a bookstore in London right around the time the film came out, but I ended up not reading it and not seeing the film either. It was such a fun story, though! It’s about these kids who go in search of their missing father and travel through time and space with three funny, old, all-powerful ladies to do so. I thought the mystery at the heart of the story was pretty interesting, but ultimately the good versus evil dichotomy (and by extension the God versus Satan one) was a bit too heavily present for me. In spite of that, though, it did feel quite modern, which I was surprised by.

I always find it a little difficult to rate non-fiction books, but with this one there was no hesitation before I gave it five stars. With everything going on in the world – the Black Lives Matter protests, the rampant police brutality, and the deeply embedded institutionalised racism – I wanted to educate myself more on the topic, so I decided to pick up this book, which had been on my radar for a while already anyway. Reni Edo-Lodge provides both much-needed history lessons and sharp social analyses of the current state of racism in Britain. Even though I don’t live in Britain, this was still an eye-opener, since much of it probably also applies to Dutch society (but I’m going to read up on that specifically as well). I think that, as a white person, it is important to be aware of your white privilege and to acknowledge that black people (and other people of colour) face (institutionalised) racism and discrimination on a daily basis. This book is a great gateway to learning more. I’d highly recommend it! 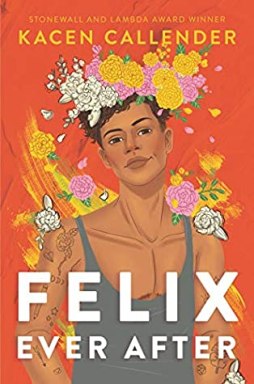 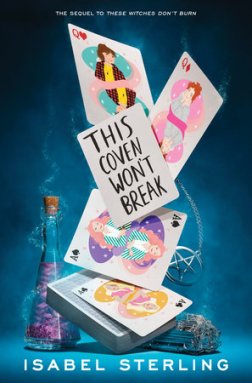 Felix Ever After by Kacen Callender ★★★★☆

This is a YA contemporary novel that tells the story of Felix, a black, gay transgender boy living in New York. Felix has never been in love but desperately wants to be. In the meantime, though, he has other stuff to deal with as well, such as trying to get into Brown University, a father who still calls him his daughter sometimes, and an anonymous bully sending him transphobic messages and hanging up old pictures of him around the school. This was a really beautiful novel about finding your identity and learning to love both yourself and others. Throughout the book, Felix made some dumb decisions that had me pretty frustrated, but they also kept me on the edge of my seat. I loved Felix and his friends, and I especially loved all of the honest, open conversations about identity, sexuality, and love.

I’d been meaning to read something by Isabel Allende for quite some time, so when this book fitted one of the prompts for the Make Your MythTaker readathon quite perfectly, I was very happy! This is Allende’s first novel and it’s a family saga about three generations of women living in Chile. It features love, tragedy, and lots of subtle magic. I loved how complex the characters were and how none of them were entirely likable. I loved the way the story was told, with the references to what was still to come and the constant sense of impending doom. I loved the beautiful writing and the political undertones that taught me a lot about Chilean history. I loved it all, and now I can’t wait to read more of Allende’s work!

This is the sequel to These Witches Don’t Burn, which I read earlier this year, and absolutely loved. I didn’t know it when I started reading, but This Coven Won’t Break is actually the finale of the series, and it picks up a few weeks (or maybe months) after the end of the first book. This series tells the story of Hannah, who is part of a coven of Elemental witches living in Salem, Massachusetts. They have to keep their identities as witches as a secret, but then their safety gets threatened. Both books are very action-packed and they completely drew me in. There’s an adorable female-female romance, there are great friendships and family dynamics, and there’s an exciting plot. What’s not to love?

And that’s it for all of the books I read in June! I have no idea what I’ll be reading in July, because, for the first time in months, I don’t have a set TBR, so it will be exciting to see what my July Mini Reviews post will look like! Now, tell me about your reading month: what did you read in June? Did you like it? Let’s chat in the comments!