This week’s topic is top ten characters I would want with me on a deserted island, and it took me a looong time to come up with ten characters. You see, I think ten people is quite a lot to have with you in such a situation. For one, I’m not really a large group kinda gal. And then there’s my second objection: if you’ve got ten people milling about on the same deserted island, all trying to get along and make the best of the situation, there’s going to be a huge fight. It’s inevitable.

Yes, I put way too much thought in this. 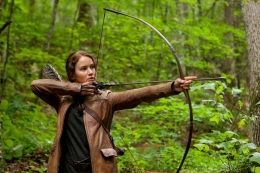 I think it’s pretty obvious why I chose Katniss, isn’t it? She can hunt, she knows which berries to eat and which absolutely not to eat… I’m pretty sure I could survive on that island with just Katniss around, although I do wonder if she’s good company. I’d need to have a good laugh once in a while. What do you guys think?

When seeing this week’s topic, I immediately thought of Hermione’s handbag with the crapload of useful stuff, like the tent. Plus, you know, magic. Although I have to say, in this alternate universe where I’d get to hang out with all my favourite characters I would have got my acceptance letter from Hogwarts for sure… Just saying.

She’d probably have a secret stash of cheap wine somewhere on the beach of this island, and I’d definitely be up for that.

He’d be able to protect us all from the wild animals living on the island. Besides, he’s not bad to look at in his human form, which counts for something, I’d say. I’m guessing this island won’t have any internet, so you need to have something to entertain yourself with.

I mean, come on, wouldn’t it be absolutely hilarious to see him in a situation like this? Plus, any excuse to have Mr Darcy around is a good one. 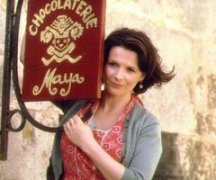 I figure she’d be a very soothing person to be around, either with or without her own special kind of magic (which would be useful either way). Also, if she’d have a couple of leftover chocolates in her backpack or whatever that would be great because I’ve always wondered what her chocolates would taste like.

7. Bridget Vreeland (The Sisterhood of the Traveling Pants series)

For some reason Bridget just seems like such a fun person, and I’d definitely need someone fun to be with me on this island. I think she’d be a great best friend.

8. Augustus Waters (The Fault in Our Stars)

Gus is always optimistic, and we’d need that on this island. My crush on him might have something to do with it, but who doesn’t have a crush on Augustus Waters?

Otje is a young girl who can talk to animals, which would come in handy for sure. At first I figured I didn’t want any children to be on this island with me, since they’d need more taking care of and I’m not a huge fan of children, but Otje is cool. She’d be great.

Another reason why I don’t want any children on the island is because I myself am still barely out of diapers. I’d definitely need a mother figure around and you’d be hard pressed to find a better mother than Mrs Weasley! I think she’d also tell some good stories around the campfire at night.

And that’s my top ten! Any characters you think should definitely have made the cut?

Join 3,018 other followers
Follow Books Baking and Blogging on WordPress.com