As some of you may know (especially if you follow me on Instagram) I recently got back from a holiday in Malta. I spent two amazing(ly hot) weeks with four of my best friends on Gozo, the second island of Malta, in a beautiful village called Xlendì. We’d rented an apartment there, which turned out to be much bigger than we expected, and we had a wonderful time there.

Those of you who’ve been around for a while might remember my ginormous post on the four days I spent in Barcelona last summer. Don’t worry, this post isn’t going to be nearly as long! I just figured I’d give you a little taste of what our two weeks there were like with a couple of pictures and some text.

When we arrived the first day after a long day of traveling, we pretty much forgot our hunger and tiredness right there on the spot when we caught sight of Xlendì Bay. Even after two weeks I still didn’t get used to this sight – how idyllic is that bay? We went out for dinner that night and this was our view. That evening couldn’t have been better, partly because of this view, but also because of the delicious chorizo chicken I had. Oh, and this was around the moment we found out how ridiculously cheap Malta is (what a Dutch thing of me to say, eh?). 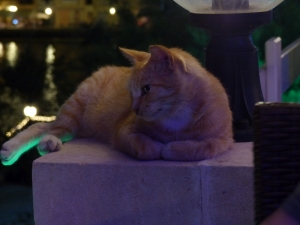 At one point this cat decided to join us for dinner – not in an intrusive way though, it was just being cute and hanging out with us. We saw quite a lot of cats on Gozo and we all immediately noticed these cats were all much skinnier than the cats at home. There were lots of postcards around with “The Cats of Malta” as well. Our kind of island!

The next morning, we woke up to this view from our balcony. How crazy is that?! I couldn’t really get enough of just sitting there and staring out at sea and those cliffs. Best apartment ever! 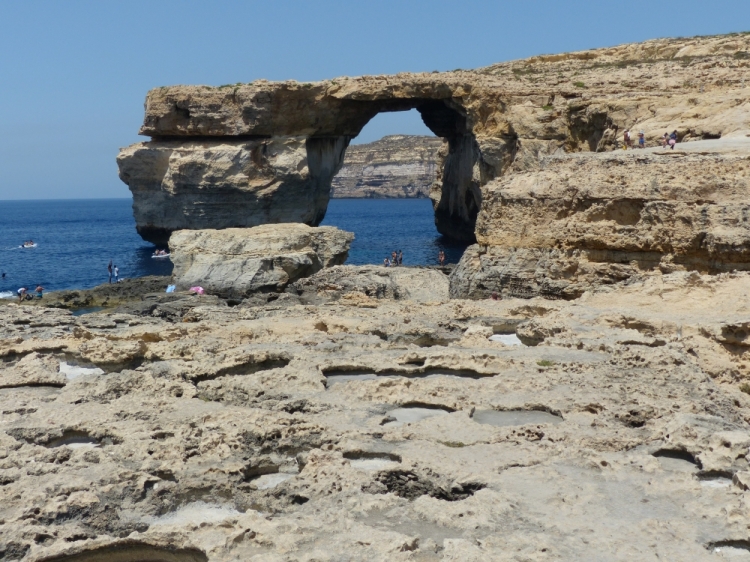 One of the things that was high up on our To Visit list was The Azure Window, which you can see above. It’s a natural arc made out of limestone that was created when two limestone sea caves collapsed (thanks Wikipedia!).

It’s also a setting used in HBO’s Game of Thrones, which was a reason for some of us to want to visit it as well. I almost didn’t make it back (as you can see on the picture on the left) since my friend Annelou was feeling quite murderous all of a sudden and nearly threw me off the cliff.

A few days later we visited the Citadel of Victoria and its cathedral. From the walls of the citadel we had an amazing view of the entire island – I took an awful lot of pictures and could’ve made about a thousand more given the time. The cathedral was a lot more . . . let’s say lavish than we were used to, but it was nice to have visited it. We were a bit put off by the fact that we had to pay to go inside, but were still asked to cover our shoulders and knees.

Don’t get me wrong, we’re perfectly fine with respecting the church’s wishes by covering up some body parts (nothing but respect), but it left a bit of a weird taste in my mouth to have that go together with having to pay to get into a religious building. But that’s a whole other discussion, onto the pictures! 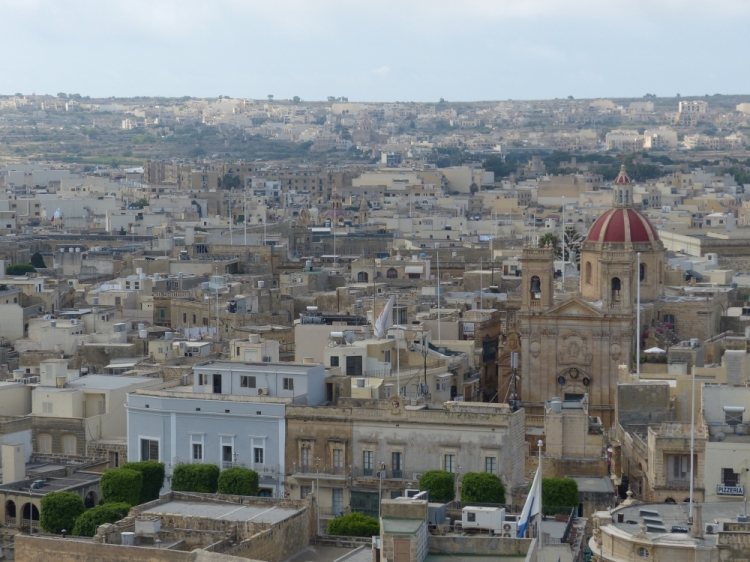 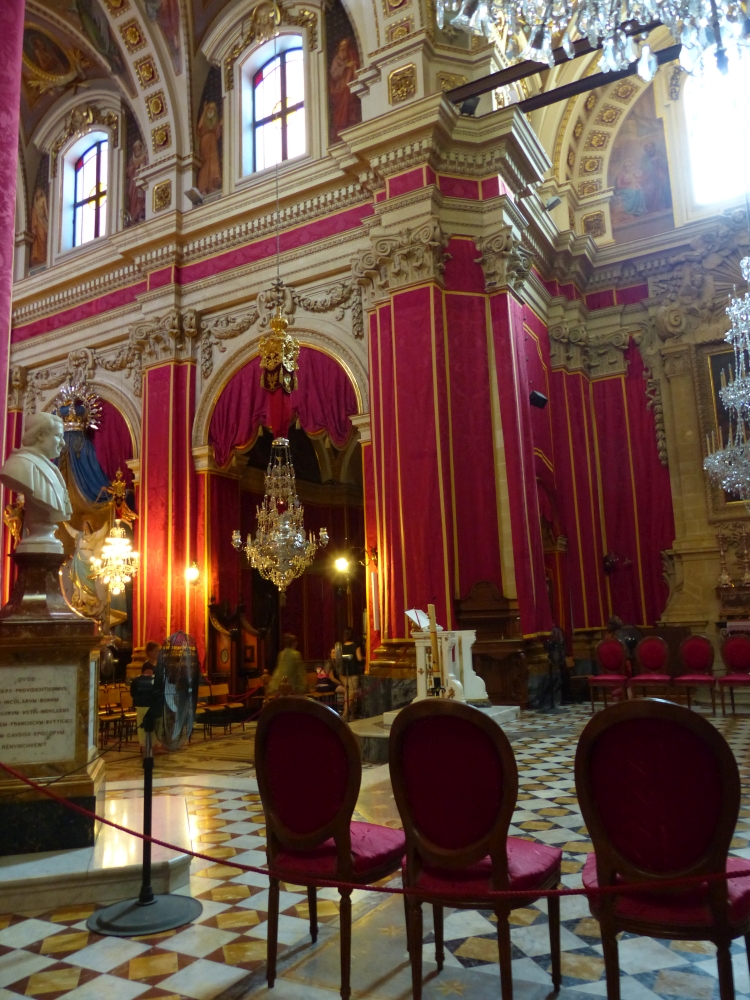 We spent a lot our time just hanging out at the apartment in Xlendì as well because it was often much too hot to go out and explore, and when we did, we needed a day to recover. We played tons of games (I introduced my friends to Cards Against Humanity, which they loved) and just had a great time.

After a few days one of my friends (who’d been to Xlendì before) introduced the rest of us to Xlendì’s best ice cream parlour and oh man… That was some good ice cream! I tried a couple of different flavours, but settled on hazelnut quite a few times. Plus, they also made milkshakes out of any of the ice cream flavours you wanted! I miss that place… Can we go back yet? Please?

We had decided we wanted to make at least one trip to the main island, to visit St John’s Co-Cathedral in Valetta, which features one of the most famous Caravaggio’s. Definitely something I’d want to see. Unfortunately, I felt really unwell that day, so I had to stay at the apartment… I watched a few films and listened to some chapters of a Harry Potter audiobook, but I was quite bummed out I didn’t get to go on that day trip.

My friends took my camera with them, and among many other pictures of things I can’t really tell you anything about, they also made this one of a regular Maltese street I wanted to share with you.

Oh, and I’m just in love with this one. So simple, but so pretty. 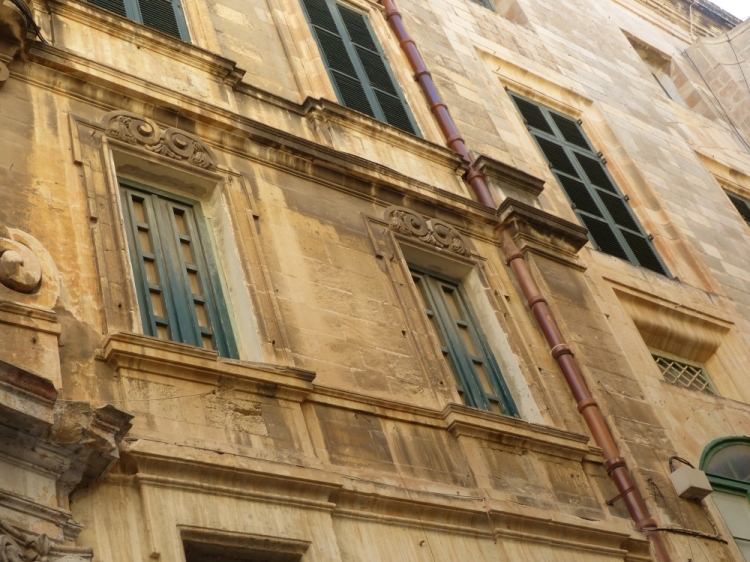 This was the first time I really went on a longer holiday with a group of friends and I was a little bit nervous about that at first (introvert alert), but I had so much fun. These people are the bestest!

9 thoughts on “Two Weeks on Gozo”